Modality vs Tonality — An introduction 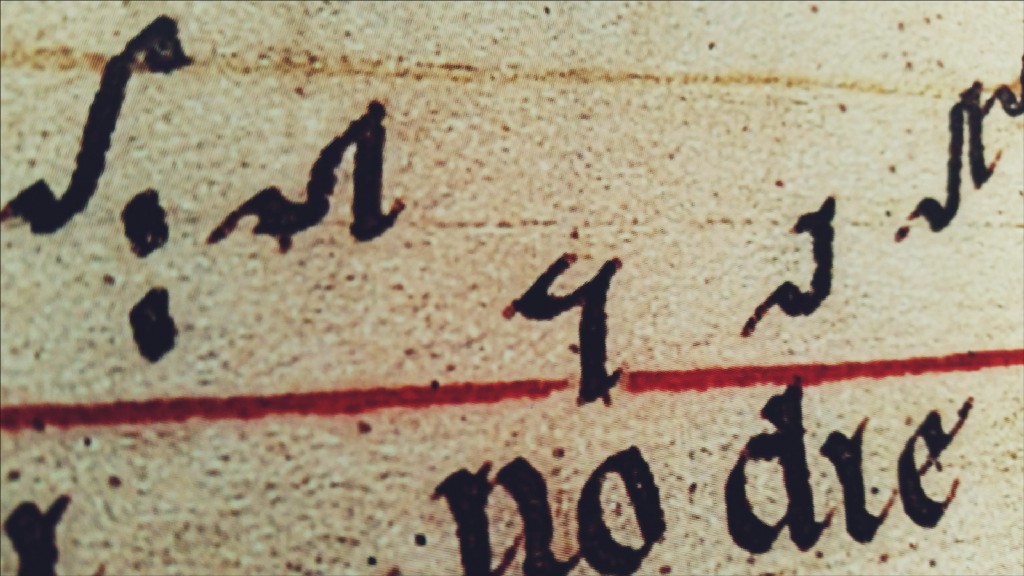 22 May Modality vs Tonality — An introduction

Posted at 12:06h in Articles by Seconda 0 Comments
0 Likes
Share

This text is a small fragment from a larger article by Dr. Rebecca Stewart whose experience and knowledge of pre-modern musical performance is a constant inspiration and starting point for many of Seconda Prat!ca’s projects and our rehearsal process in general.

“When does generation become degeneration?”

In its largest context the word “modus” or “mode” is “a manner or way of acting, doing or being”. In other words modality (think: mode-ality”) is the very act or process of becoming. It can be explained but never understood. It can be followed but never controlled.

In music this phenomenon can be explained as the process though which closely related intervals and rhythms form and transform themselves into kaleidoscopic and interlocking nuclei. Their function is to expand away from and to contract toward one omnipresent and fundamental generating principle: that frequency (tone) from which they were created.

The entire raison d’être of modal music is to stretch the umbilical cord which connects it to its fundamental generating principle (the primal frequency) to the limit, only to be drawn inexorably back to the point of its beginning — and thus its ending. At this “point” when it once again becomes One with its creator, universal harmony is restored. In modal music intervals only have a function as they are related to their “creator”, not to each other. without their fundamental they cannot exist.

For this reason modal music is, in its most highly developed guise, essentially spiritual.

In the most advanced modal processes temporary secondary frequencies may be generated which in turn create their own nuclei or, to speak in universal terms, satellites. At whatever level the movement is circular, not linear. In other words,it is neither vertical (harmonic) nor horizontal (melodic). For this reason when so-called monophony develops into so-called polyphony the process is simply one of organic expansion: the circles become spirals. In this “system” no element can be complete in itslef.

It is literally pars pro toto.

Aurality (i.e. the ear) is the medium through which modality prospers, this and the body, which generates vibrations which the ear then follows. Modality can only be truly generated orally. If one aurally perceptible link is removed the circular or spiral chain is broken and the process of modal disintegration begins.

Any tradition which tries to capture its modal secrets on paper will be destined to lose them.

In tonality (think: tone-ality) regularly determined and easily differentiated and identifiable points of departure and arrival take precedence over the modal process of constant expansion and contraction.

Vertical and horizontal units may be viewed separately. As such homophony is a compartmentalization of monophony. For this reason it can be easily analyzed and defined. When homophony is applied to modality it destroys it because it transforms chains of modal interrelationships into series of tonal identities which display the pseudo independence of separate elements which relate only to themselves.

In tonality the chain of hierarchical interrelationship which governs all of creation has almost ceased to exist. God is no longer dancing the creation but mankind arresting it.

Western notation (and as an extension any notation which indicates position instead of movements) leads, when it becomes the main channel for the learning and making of music, to a tonal manner of viewing music. As in photography the tonal/notational eye registers positions, not movements.

In the West our tonal transformation has taken hundreds of years to reach completion. Given its ideal of self-sufficiency, is it any wonder that in the 21st century complete tonal disintegration has automatically followed?

In those countries to the Northeast, East and South of Western Europe, just because of the far greater orality of their traditions, this tonalisation process has not advanced as far. However with the addition of the recording medium — with all of its tonal, not to speak of its commercial, requirements — the temptation to conforma to a value system imposed from outside becomes overwhelming.

The influence of tonality is insidious and deadly, that is if one has not learned to recognize its characteristics and to separate them from those of modality.

Rebecca Stewart is an (ethno)musicologist and singer, retired head of the early vocal department of the Brabants/Fontys Conservatorium and co-founder/ex ‘maestro di cappella’of the Cappella Pratensis. She received her PhD in ethnomusicology in 1974 after having worked for many years in Hindusthani classical music. Since moving to The Netherlands in that same year she has concentrated mostly on early western music. She has published several articles concerning the relationship between singing and modal music. She continues to give concerts, workshops and lecture demonstrations.